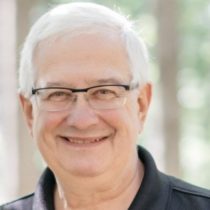 Give to this Fund

Gerald (Jerry) L. Sisser was an avid traveler, high school teacher, and lover of classic films, television, and media. In his more than 30 years teaching at Fostoria High School, Jerry helped countless students discover and pursue their passion for television production, communications, and journalism—many of whom work in the industry today. While working as a teacher, he also founded his own business, Aardvark Media Productions, out of his home in Findlay. Aardvark grew and moved into a larger space in downtown Findlay, eventually expanding into web design and more commercial video production.

Jerry firmly believed education to be the key to both individual and societal prosperity, a value he instilled in his two children, three grandchildren, and the many students who passed through his classroom. He also emphasized and embodied the value of service, donating his time and money to various local, national, and global charities and nonprofits.

The Sisser Family has established this fund in Jerry’s honor to build on his legacy of supporting Hancock County students in their pursuit of higher education. Preference will be given to Fostoria High School graduates pursuing degrees in the liberal arts or humanities, including film, television production, communications, or journalism.