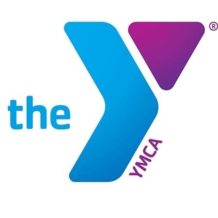 Established 2000 Emily Settle Young established this fund in memory of her late husband, Grant Young, to publicly acknowledge the many benefits he received from YMCA programs when he was a youth growing up in the inner city of Cleveland, Ohio. Grant believed that these programs encouraged him to seek a high level of education and to become a productive citizen and contributing member of the community. He was the YMCA Board of Trustees president from 1963 to 1965, and was one of the driving forces behind the building of the YMCA on the corner of Lincoln and East Streets after the old facility on Sandusky Street burned down. He also took on leadership roles in many civic organizations in Findlay including past president of United Way and Camp fire Boys and Girls, elder at First Presbyterian Church and trustee at Ohio Wesleyan University. The fund is designated to support membership and acitivity fees for underprivileged children from the Findlay and Hancock County area who might benefit from active participation in the Findlay YMCA. It is Emily's hope that the YMCA might inspire future generations of young people, as it did her husband. Grant Young 1909-1989