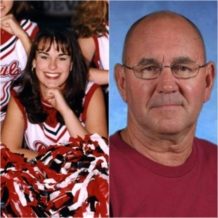 This fund, established in memory of Sara by her family, supports the band, cheerleading, and other extra-curricular programs at Arlington Local Schools. A graduate of Arlington High School, Sara participated in band, cheerleading, basketball, track, and was selected homecoming queen her senior year. Sara was a member of St. Mark's United Methodist Church. Sara is the daughter of Patrick and Barbara (Steinman) Wagner; and the sister of Scott, Kyle, and Jennifer. In 2000, she married Joshua Gast and they had two children, Haley Corrine and Bryce Joshua. Sara's #1 priority was her children. Her love of cheerleading led her to serve as an advisor at Arlington. Her family says that she was so involved with the school that it was an easy decision for them to give back to the school in her memory. They have chosen to support the areas in which she was most involved and have held an annual golf outing to raise money for her memorial fund. This fund is in conjunction with the Arlington School Foundation and its efforts to improve the educational excellence of the Arlington Local Schools.