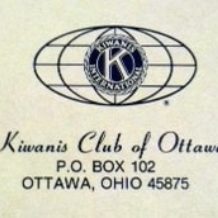 Established in 2013 The Ottawa Kiwanis Club established this designated fund to benefit the OttawaGlandorf area during the tri-centennial celebration of the United States of America. Until 2076, this fund will be invested. No sooner than June 1, 2076, the proceeds of this fund are to be used by the Village of Ottawa to make capital improvements such as, but not limited to, a project or projects involving a library, public auditorium, hospital, or addition thereto, in the OttawaGlandorf area.